Eurobricks member PolkovnikOnTheWhiteHorse created the topic [MOC] Sulphur-crested cockatoo. Click on the link or on the image to visit this featured topic. 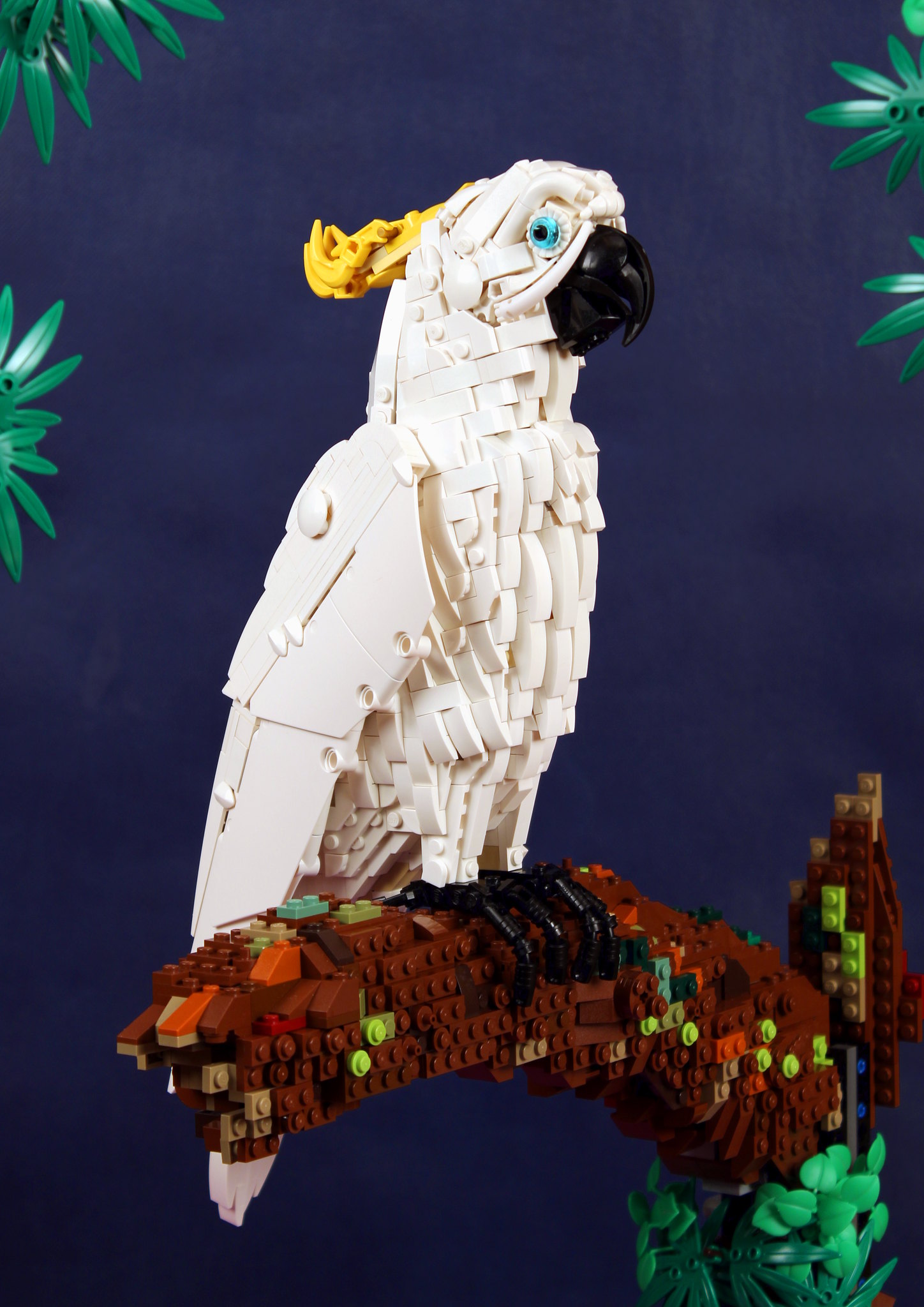 Eurobricks member FiliusRucilo created the topic [MOC] Little Elephant. Click on the link or on the image to visit this featured topic. 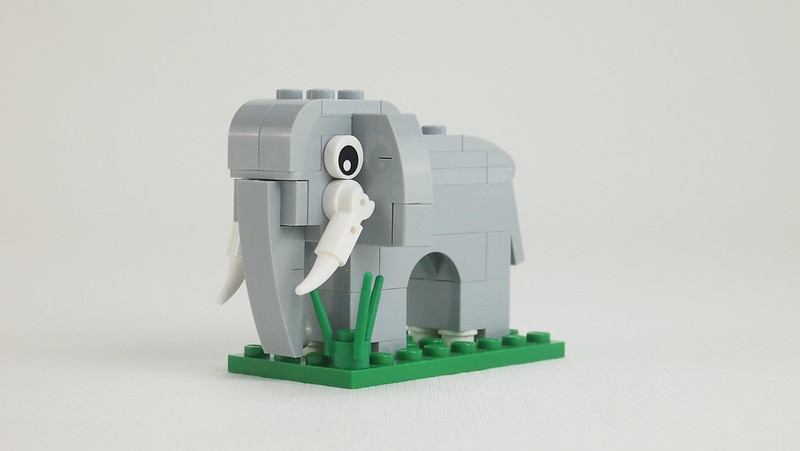 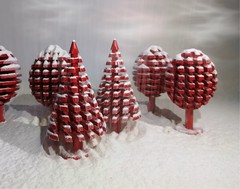 Time for a treat! These waffles  made by ExeSandbox look so realistic they are truly mouthwatering! 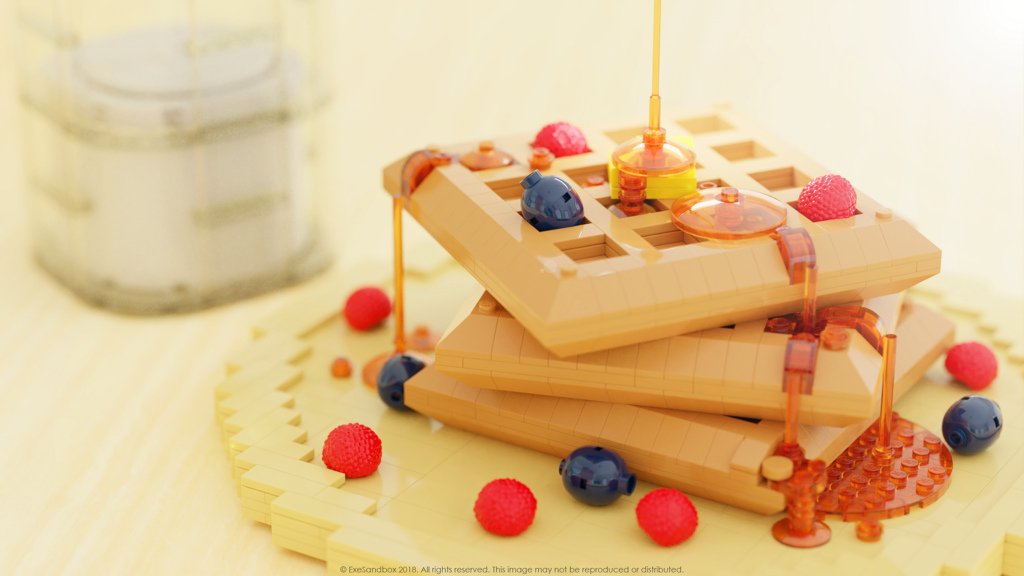 Forget horses, goats are way better victory gifts! Kristel has done a great job on sculpturing this goat and added a fun twist! 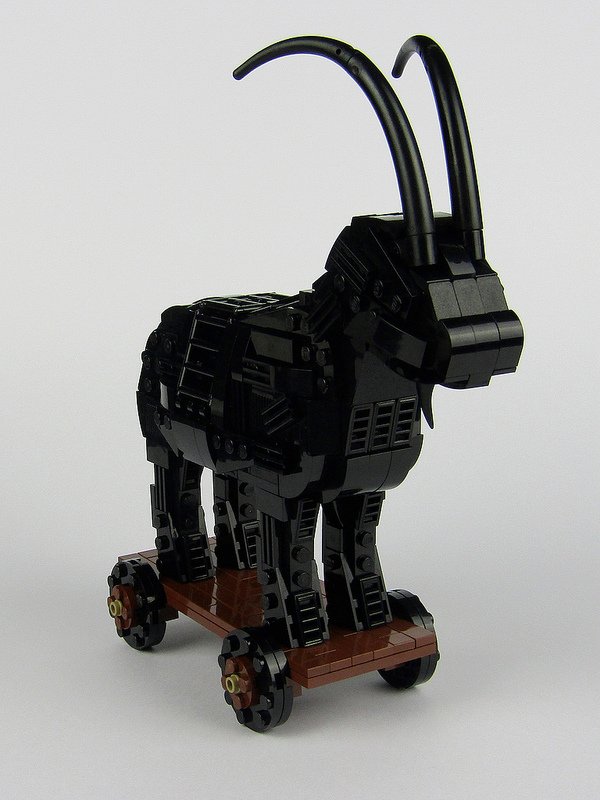 Yes, the table too 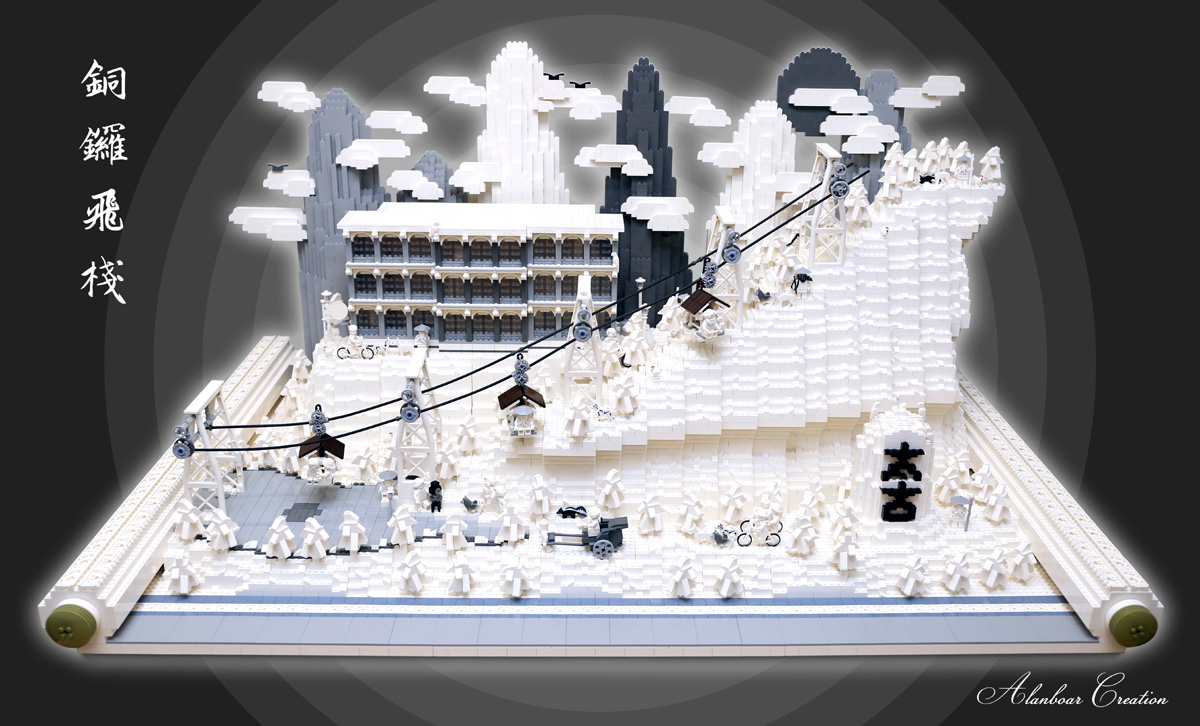 Eurobricks MOC Expert alanboar HK has shared with us this stupendous MOC. For more pictures and details, take a look in Special Lego Themes. 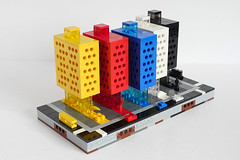 Of course, LEGO has its headquarters building in Micropolis, built in the shape of the stripes of their old logo. Called System House, it occupies a half block in the heart of downtown. Ref: D1564-076 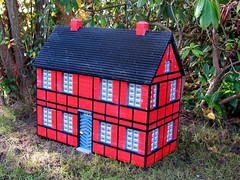 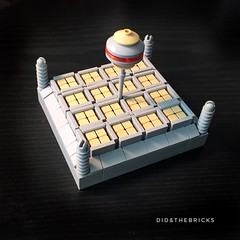 did b posted a photo:

See the 2 other pictures for the technique details

Technic LEGO has so many real world applications, something Alexis Dos Santos’s angle poise lamp proves brilliantly. It’s an idea which the Technic frame structure realises so well, with the holed beams giving the feel of a high-end designer product. As an adult LEGO fan it’s something I could absolutely see on my desk at work. I just have to hope that Alexis has chosen a suitably low heat bulb and that his bright idea doesn’t end up as a puddle of plastic.

The post That Technic light-bulb moment appeared first on The Brothers Brick.

A bright bathroom with a dark story

At first, second and maybe even the third time one looks at this realistic bathroom scene by Johan Alexanderson, it appears to be a simple interior scene, possibly a little messy with a broken piece of the mirror above the sink. The title “Despair” on the builder’s Flickr photo page might shift your focus a little, though. Was the mirror broken in a moment of emotional torment? Who is the figure seen in the mirror? Did they break the mirror? Johan had initially written a backstory for the build but has decided to remove it and keep the image open to interpretation, without being distracted by the LEGO artist’s own idea.

While this build is an artistic composition, it is also a great LEGO creation and I always love to look deep into techniques and part usage. The differently coloured wheels at the sink are particularly inspired, as are the uses of the small ball joints as towel hangers. The tiled walls are masterfully done, down to the damaged tiles and the incorporation of a heater. But the best and most realistic details are definetely the toothpaste oozing from its tube and the whole mess in the corner.

The post A bright bathroom with a dark story appeared first on The Brothers Brick. 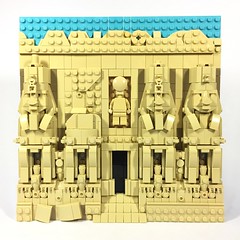 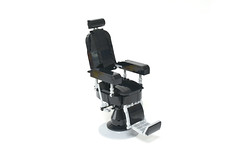 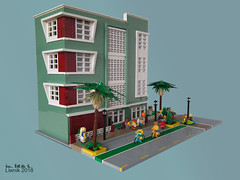 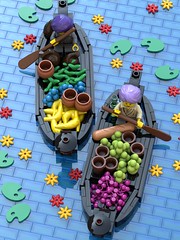 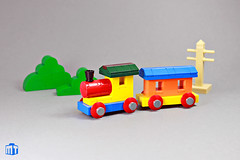 With this small ensemble I tried to capture the look and feel of a classical toy train, made of wood. It is an addition to my other “wooden models”.

A beautiful LEGO baroque cathedral emerges out of nowhere

Every now and again, a mysterious builder pops up, presenting amazing creations, often with little to no additional information in tags, groups or descriptions. Italian builder Giacinto Consiglio is one of such examples, as his Flickr photostream is a hidden gem that was just waiting to be discovered. The builder has been around for many months, mostly focusing on modular buildings. His latest creation is a bit of a deviation from that style, but some of Giacinto’s skills from modular buildings have translated into classical architecture very well.

What will probably be the first thing to impress most people is the grand scale, with its base measuring 96 studs in length and width. It is built in minifig scale, but is not a recreation of any particular cathedral.

The best part would have to be the central dome in my opinion. Not only is it well sculpted, but it has so many decorative details that it seems the builder did not struggle with the round shape in the least. But the dome is not the only well-decorated part. Another impressive part is the main entrance, through which one can have an immersive view of the no less detailed interior.

The post A beautiful LEGO baroque cathedral emerges out of nowhere appeared first on The Brothers Brick.